written and directed by valeska grisebach

premiered in "competition" at the berlinale, 2006

the work with director valeska grisebach is characterized by the fact that there is no classical screenplay and that it does not exist until the end, too.
many questions remain unanswered and therefore there is the need of a long research.
it took five months in order to find a suitable small village in Brandenburg with a voluntary fire brigade and a perfect house for the couple of the story.
this young couple was married and the husband, our main character, was a volunteer firefighter.
the house we chose for them, had already stood empty for many years.
the staircase to the upper floor was uncovered by us.
the upstairs was transformed into the bedroom, and the former bedroom downstairs became the kitchen.
also we had to find the perfect dance hall and a suitable hotel for the protagonist to live in during his absence from home. because everything had to fit together, including the "actors" who were a mixture of local people and non professional actors.
further on, we had to find the environment of his beloved and her apartment.
finally, we started the research for the production design whilst searching for the profession of our main character.
the work was very complex, full of interesting research due to talks with the people on site. 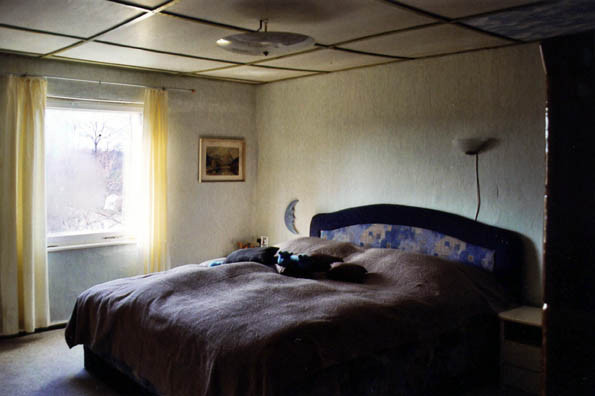 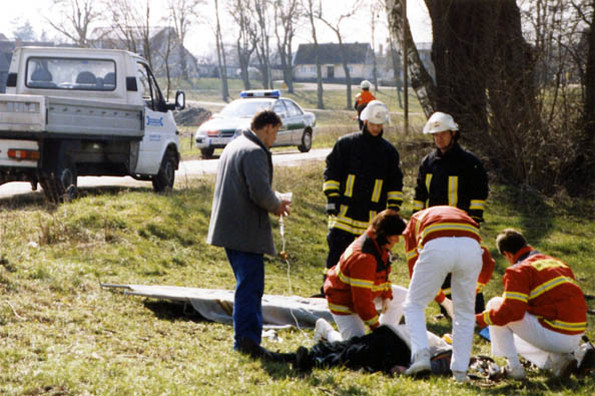 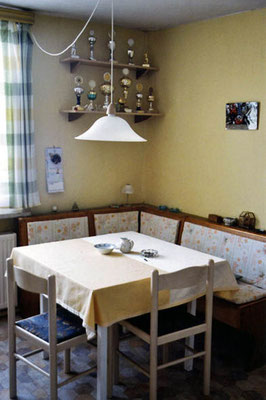 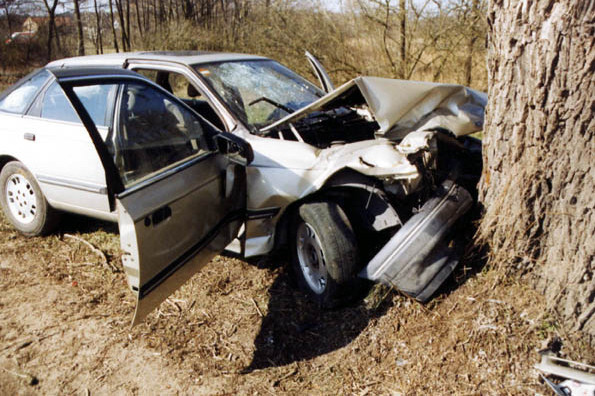 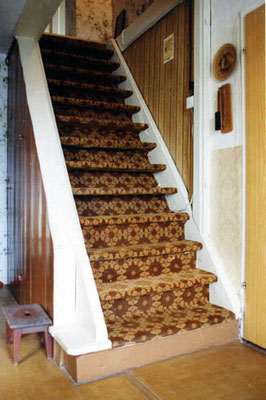 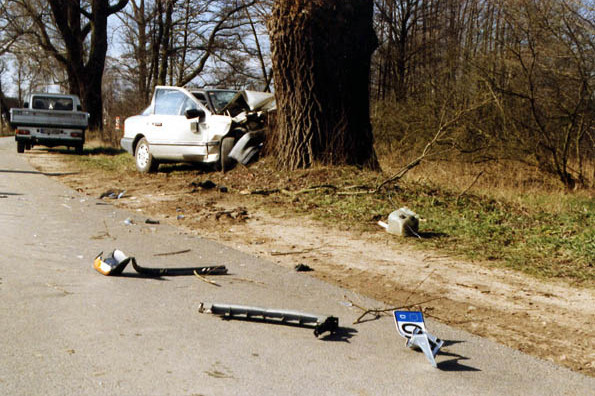 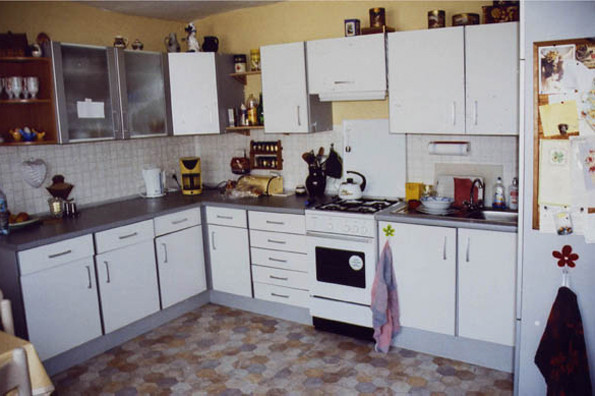 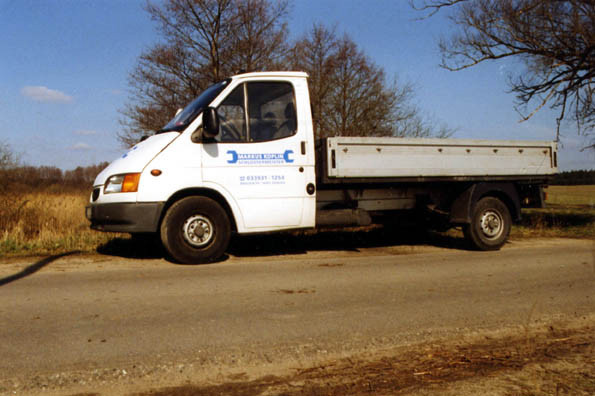 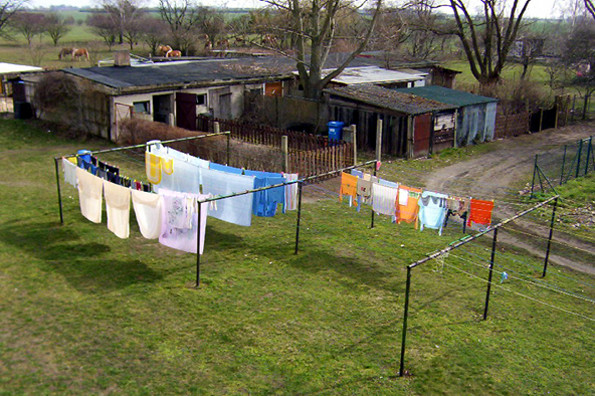 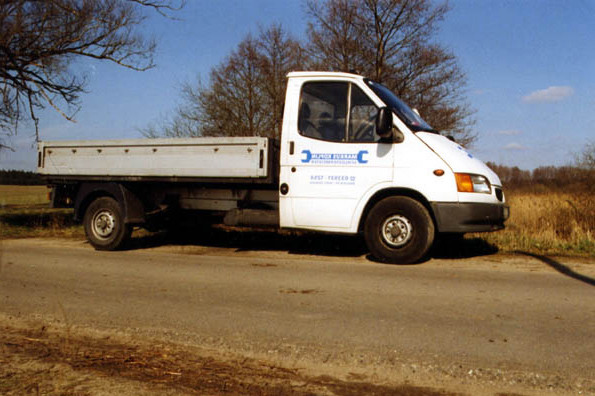 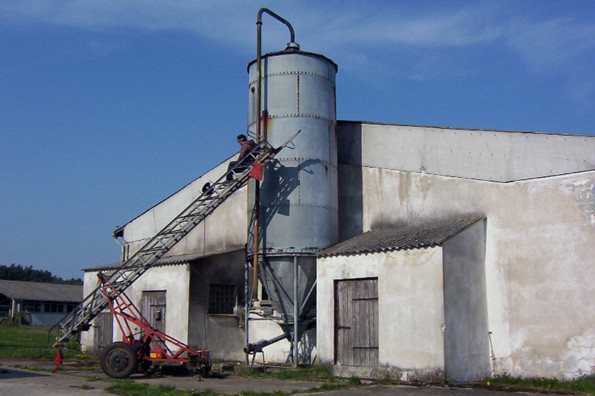 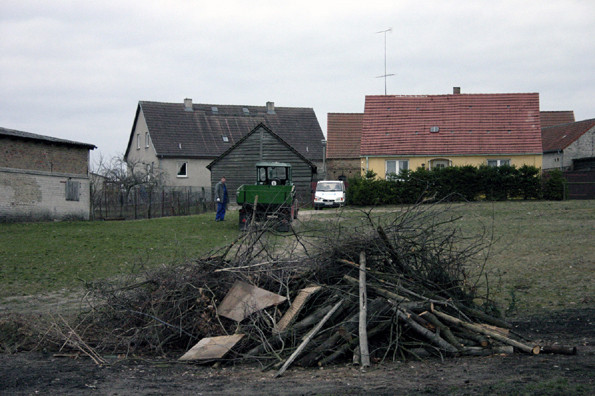 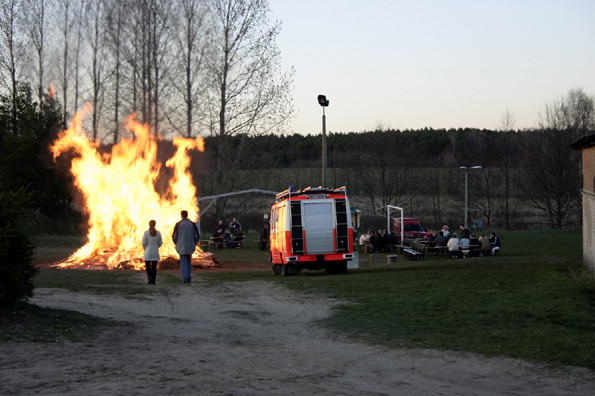 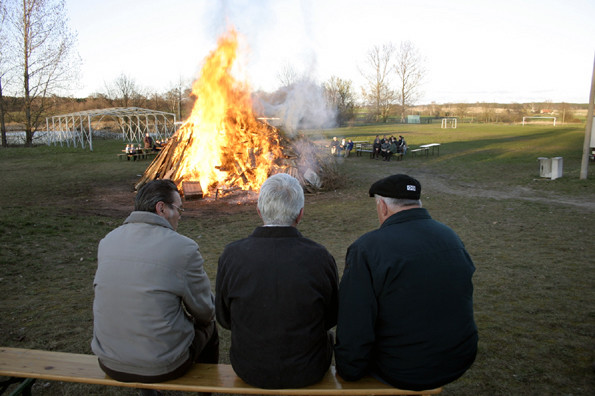 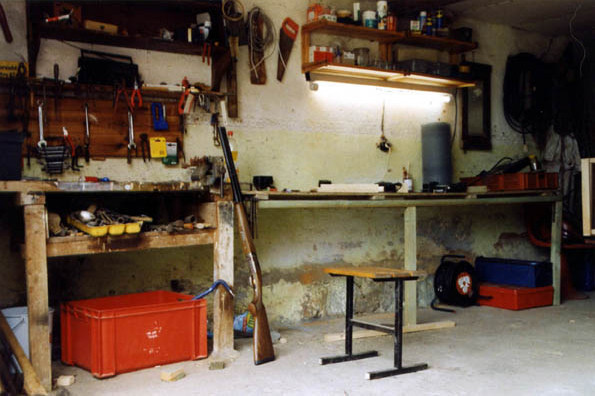 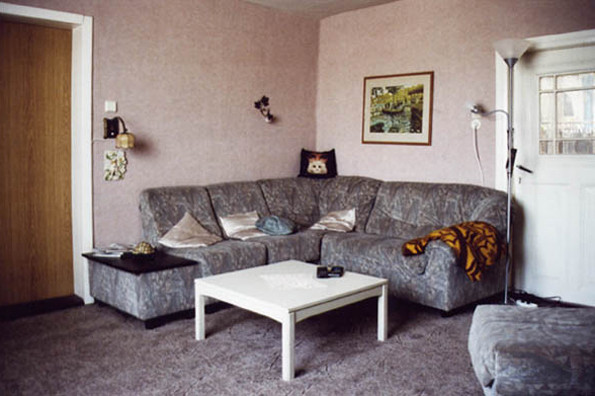 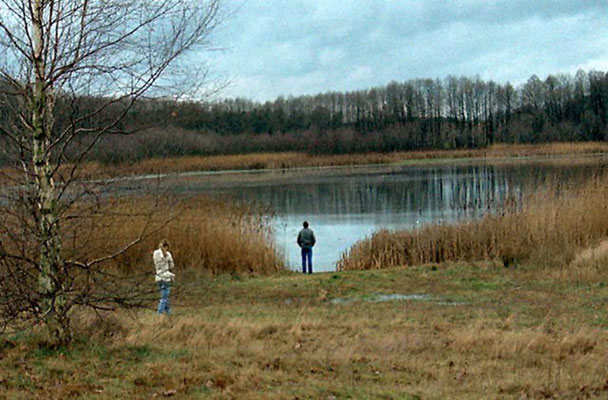 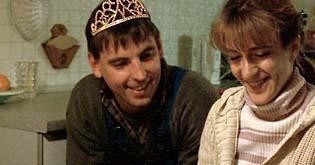 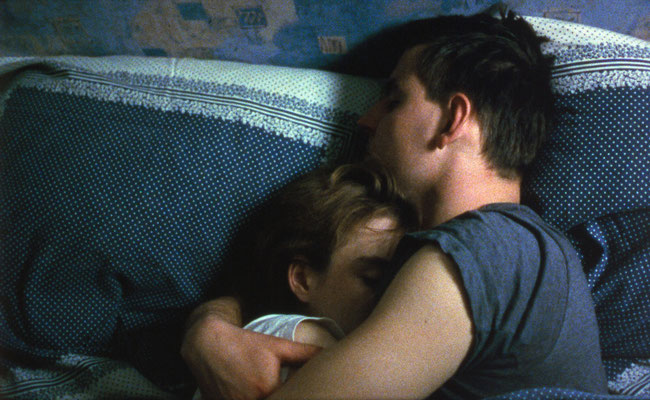